(In Memory of Iwana Franka)

It was on May 14, 1920 that a group of twelve men in East Selkirk desired to form an association in the village and to name it the Ukrainian Home and Reading Society of East Selkirk in memory of Iwana Franka. (a famous Ukrainian Poet). The names of these men were: 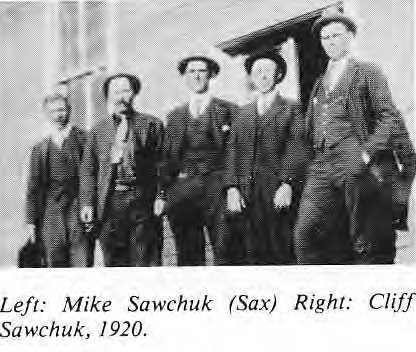 In spite of the trials and hardships of making a living in a new land, they still found time for social activities, one of them being the forming of this society. They needed a place for their gathering and in 1920, commenced building their hall, naming it the Ukrainian Home and Reading Society of East Selkirk.

The object for which this association was formed was to advance the education of all its members or associate members who were Canadians of Ukrainian descent by the supplying of a library by the society and by means of classes and lectures of a literary nature as well as music, dramas and plays etc.

The number of shares was to be unlimited and the capital was to consist at onset of One hundred shares of the value of $10.00 each or of such other amount as determined from time to time as required and determined by the rules of the association.

At the time of incorporation, the association’s funds totalled $120.00. This amount of capital was raised by the twelve founding members subscribing $10.00 each. 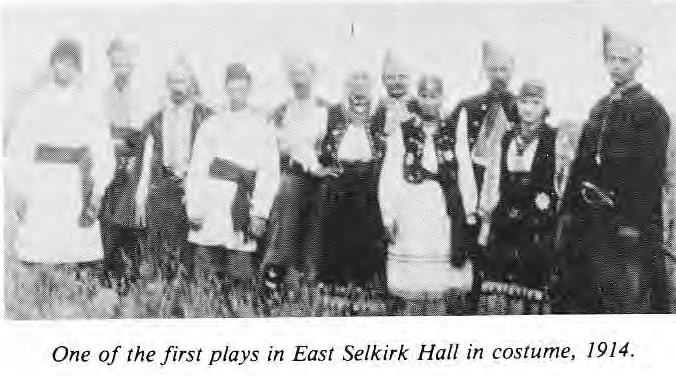 The association chose from its membership, seven trustees to manage their affairs during the first year of operation. The names of these trustees were: Jahym Nykolajczuk, Petro Kowalski, Petro Hornecki, Stefan Karanko, Pawlo Szwetz, Sam Sul and Kyryk Sawczuk
The rules of the Society stipulated that the Trustees would be elected at a general meeting of its membership annually, and that all members must hold at least one share in the society. This share allowed them one vote and made them eligible to be elected to the executive and hold office. Any officer or trustee could allow their name to stand for nomination for re-election. The election was by nomination and ballot and in the event of a tie, the chairman cast the deciding ballot. Application for membership had to be made to the Secretary and such application had to be accompanied by at least one share air the society association.

From this humble beginning, twelve members set about building a hall for $120.00 which was all used for material and along with volunteer labour erected the first structure. For only a few years the members gathered t0 read literature, enjoy lectures of an educational nature as well as the music and drama which was such a needed enjoyment in this new land. Then disaster struck by way of a fire destroying the building. By 1922, anther building was reconstructed along the same lines as the first structure. The association never ceased operating, but continued as before to belter the education of all the members who were mostly all Canadians by Ukrainian descent. With great foresight, the papers of association stated that this Society shall be non-denominational. 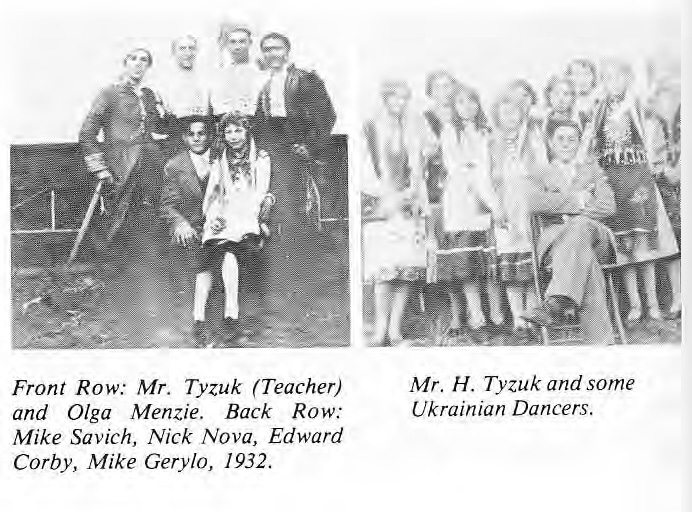 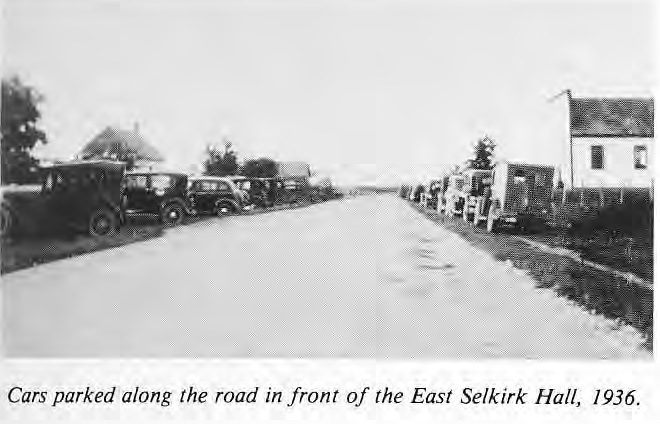 From the date of its beginning up to the time of its incorporation, the membership of this society had increased considerably. Unfortunately, by this time, depression had set in, and by about 1933 the members were having difficulty paying their annual dues, and because of lack of funds, activities of the association had almost ceased. However, the members did their utmost to keep things going and still kept up their annual meetings. ln spite of the hardships being experienced, the membership voted to have electricity installed in the year 1936. The hall became more active after the outbreak of the Second World War, when the Red Cross was given free use of the facility along with the youth of the area meeting regularly. However, the library did not function to the same extent as it had previously and finally, it was allowed to cease altogether. Therefore, the association became more active with various other activities. The hall was being used for dances, concerts, weddings and other affairs.

After 40 years of operation, there were many new members of the new generation, and therefore changes were coming about. There was much talk about renovations or purchasing land for a new building. The concept of a new building eventually fell through, although an adjoining piece of land was finally approved for purchase. In 1963, a 16 loot addition to the south side of the hall was built. In the same year, a testimonial dinner was held in honor of the founding members who were still members at the time and a scroll of all the founding members was made up and framed, and is hanging in this hall to this day. 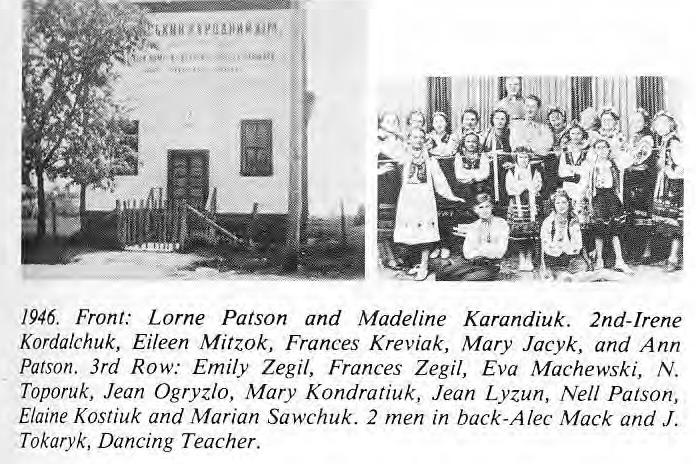 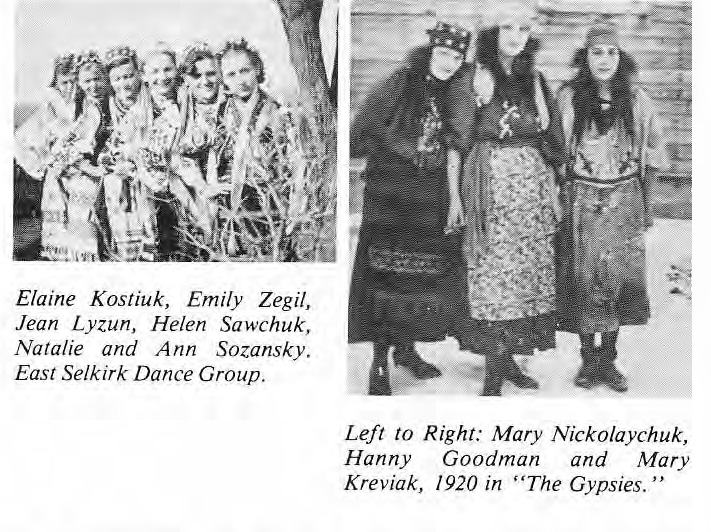 Progress, although slow, was steady. Funds were raised to help with more renovations, and Bingo games were begun in 1966, which made possible the installation of modern plumbing. All efforts did not cease here, because in 1973, approval was given for another addition, this time to the north side of the hall, as well as other essential modern improvements. Together with the government grants, Bingo games, and rentals there was vast improvement and all debts were paid.

As a result, in 1983, with fine community spirit, hard work and co-operation such as our original members displayed, the association is proud and privileged to own and operate the original building of the Ukrainian Home and Reading Society ol East Selkirk. Our present Executive and trustees for 1983 are: President: William Paskaruk, Vice-President: John Kuzminski, Recording Secretary: Shirley Onishko, Secretary-Treasurer: Doreen Kuzminski, Chairman of Crounds and Building: Steve Fedak, Social Committee: Adeline Chorney, Centennial Committee re: Senior Citizens Building Project: John Kuzminski.

It is with great pride and a certain amount of nostalgia that we share with you certain photographs depicting some of the activities and progress experienced by the society during the past 64 years. 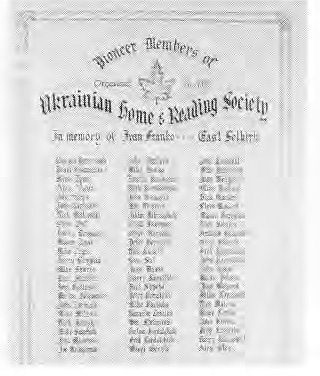