Although the Ukrainian settlement in East Selkirk had its beginning in 1898, it did not get any spiritual guidance until several years later. It was not until 1904 when they had their religious gathering in the home of Mike Adams. This was their first Holy Mass, which was celebrated by Reverend Kryzanowski, a priest of the Basilian order in Winnipeg. The congregation consisted of about twenty members. Thereafter the Basilian fathers came periodically to hold their services in this home, two of whom were Reverend Philipiw and Reverend Didych. Finally in 1909 under the guidance of Bishop N. Butka, the first Ukrainian Catholic Church was built. The location chosen for it was east of the intersection of Colville and St. Peter’s roads. The priest’s mode of transportation from Winnipeg was by “streetcar” to the town of Selkirk and there a parish member who owned a team of horses was obligated to meet him. Usually this was on a Saturday night. On Sunday morning there was a Holy Mass and in the evening a service called “Vechirnia. ” Then there was the Sunday when a meeting was held in the afternoon when the priest offered the members guidance in the members’ duties towards the church. 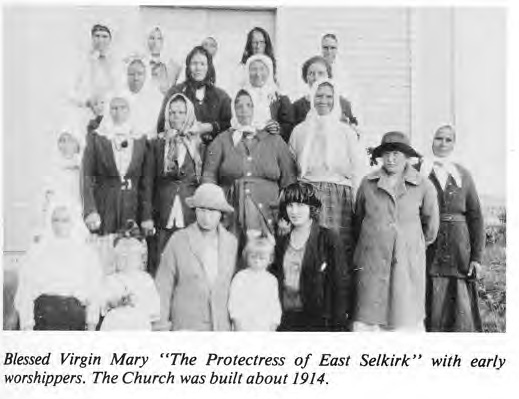 This church was not a place of worship too long because on Easter Sunday, l9l4it was destroyed by fire. The Easter service was to be said by Reverend Bala. Another church as well as a belfry were being erected shortly after and was completed in the same year. The builder of this church was John Skrypetz of Libau. The interior was painted by Mr. Sych and the walls were adorned by several pictures of saints painted by him as well. In 1939 the parish purchased another bell, which was imported from ltaly, so that now they had two bells to announce the Sunday services. 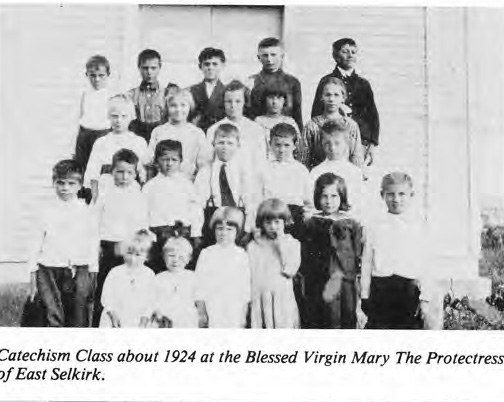 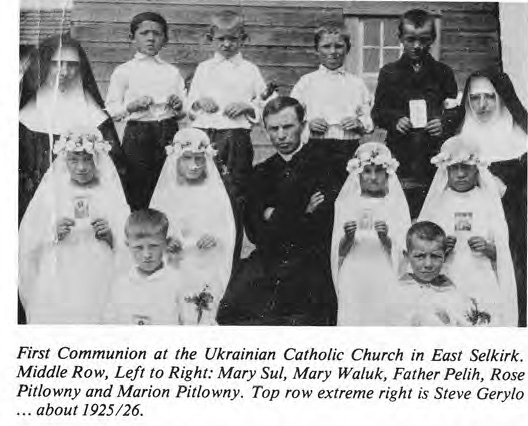 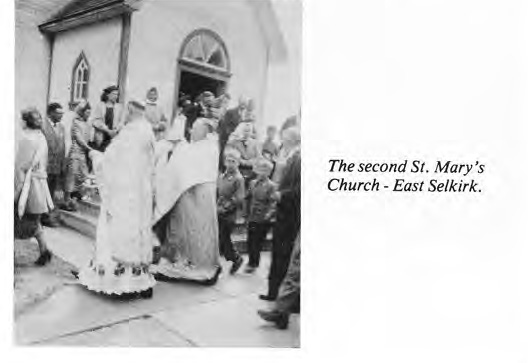 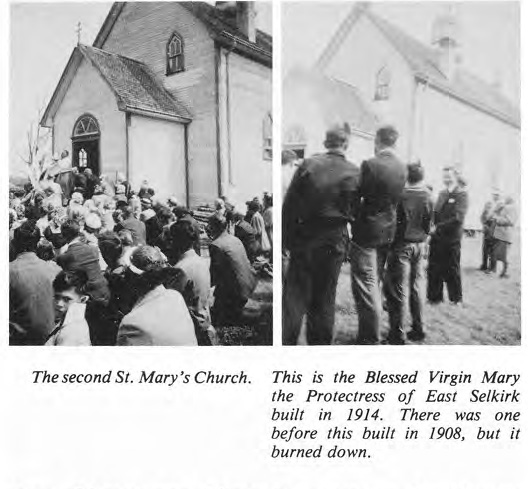 As the village population grew in number, so did the congregation, so that a new church had to be built. In 1951, under the guidance of Reverend R. Dobriansky the parish members undertook the building of the new church, offering their labor wholeheartedly and in the fall of the year were using the basement for Sunday worship. The architect of this church was Reverend P. Ruh of Cook’s Creek, Man. Incidentally, the site of the new church was changed to the corner of Henderson Highway and Colville Road. The parish flourished, services were held every Sunday, serving the faithful to the present day. At the present time it is being served by Reverend W. Luhovy, assisted by Deacon D. Hafichuk. 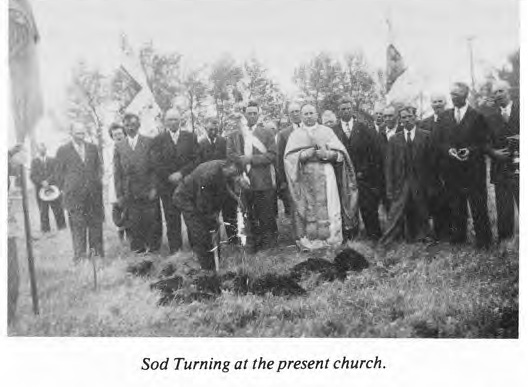 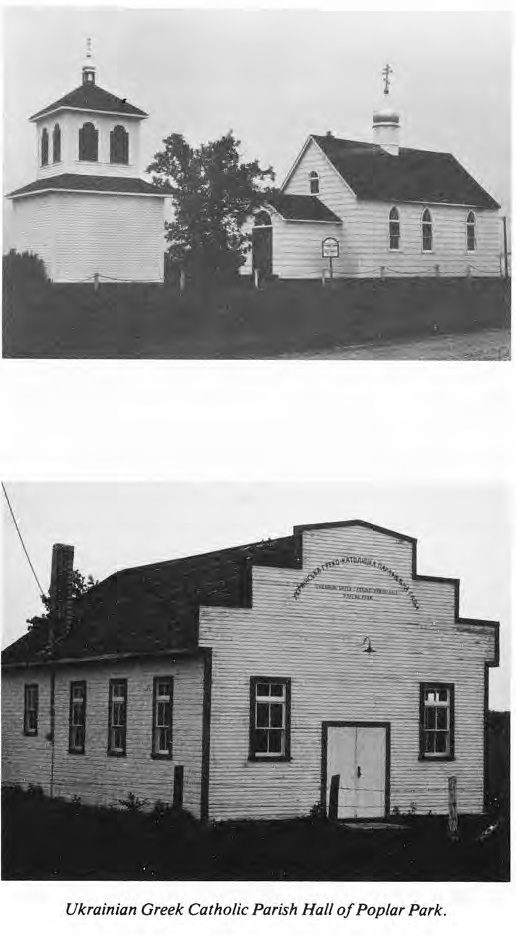 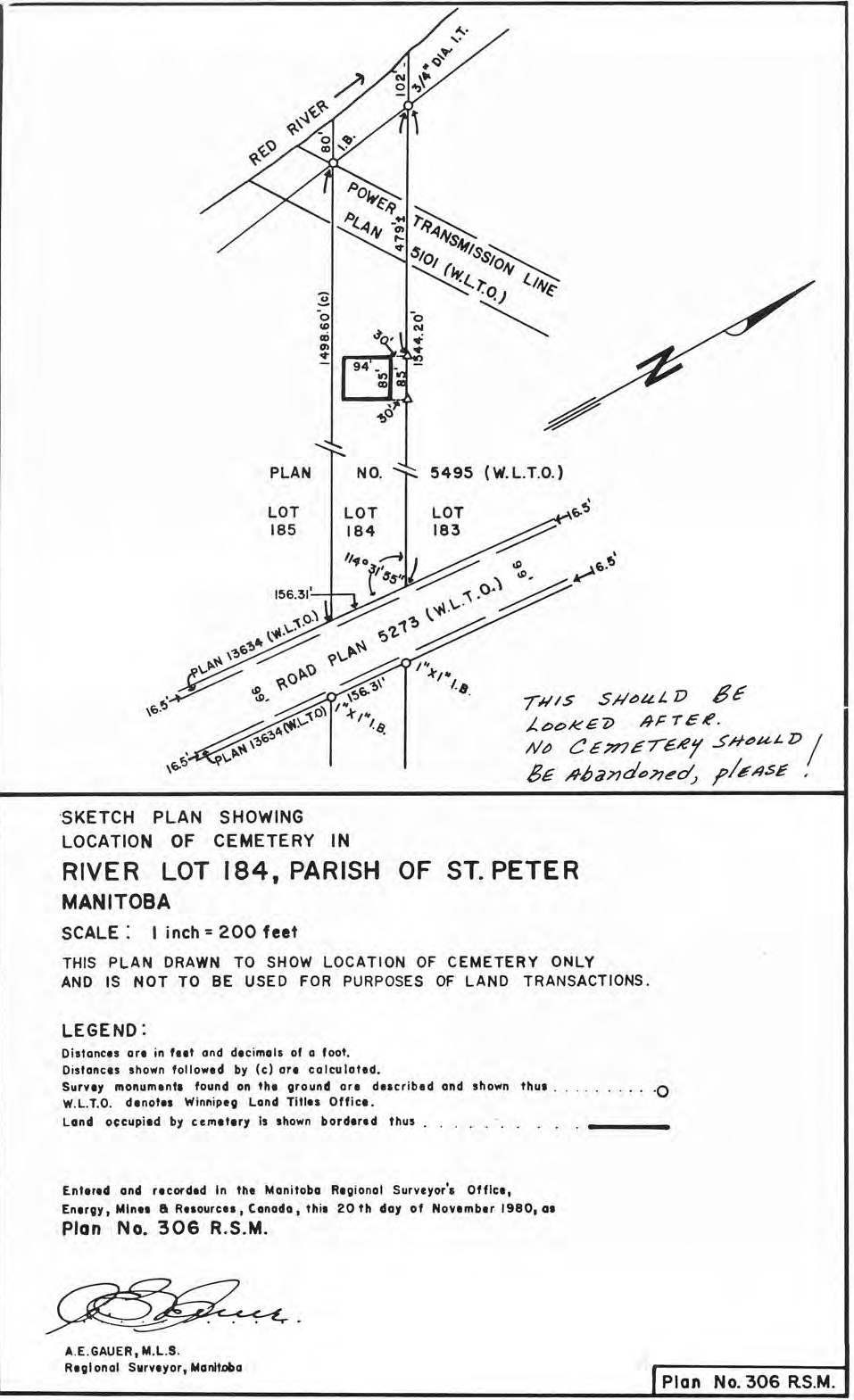 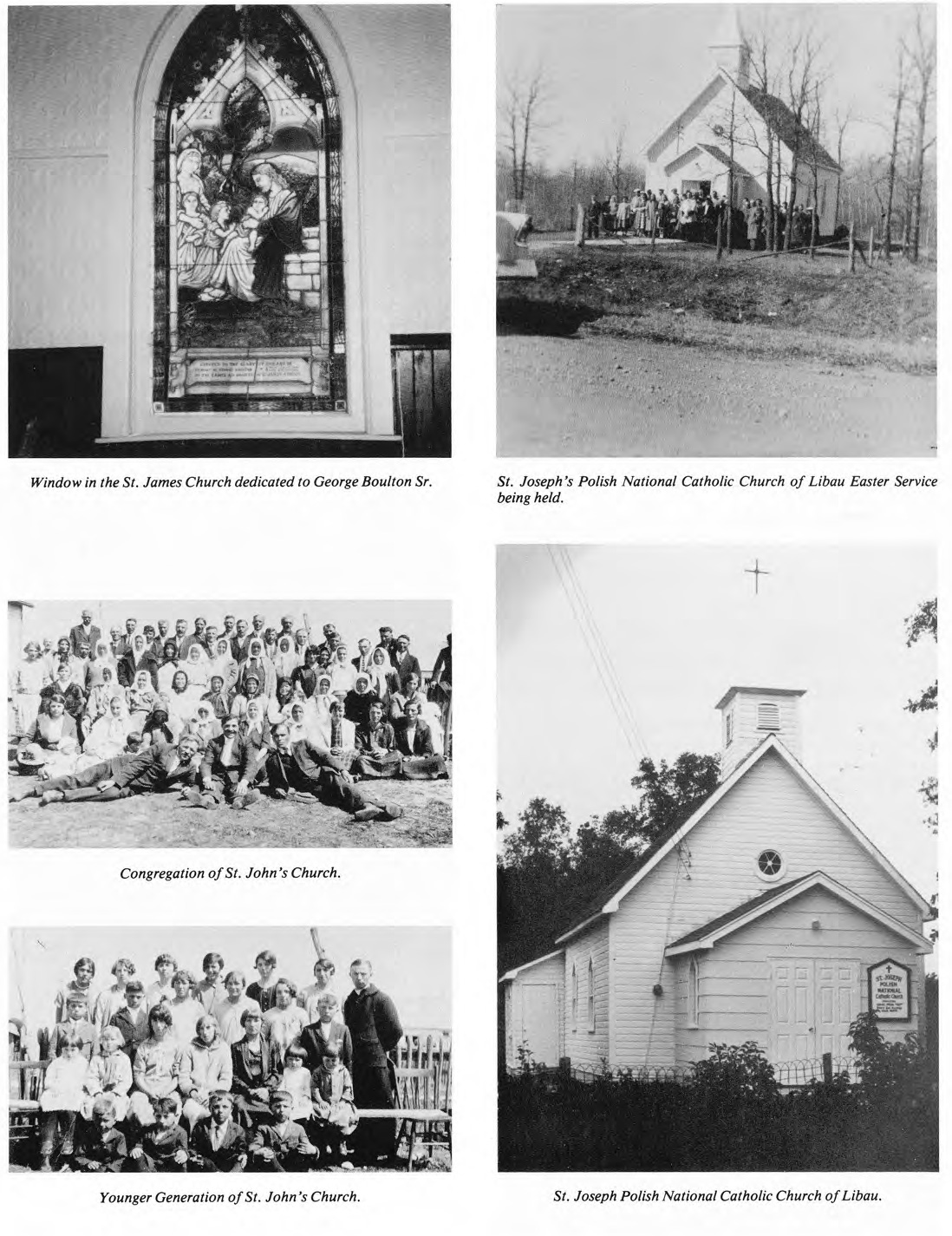 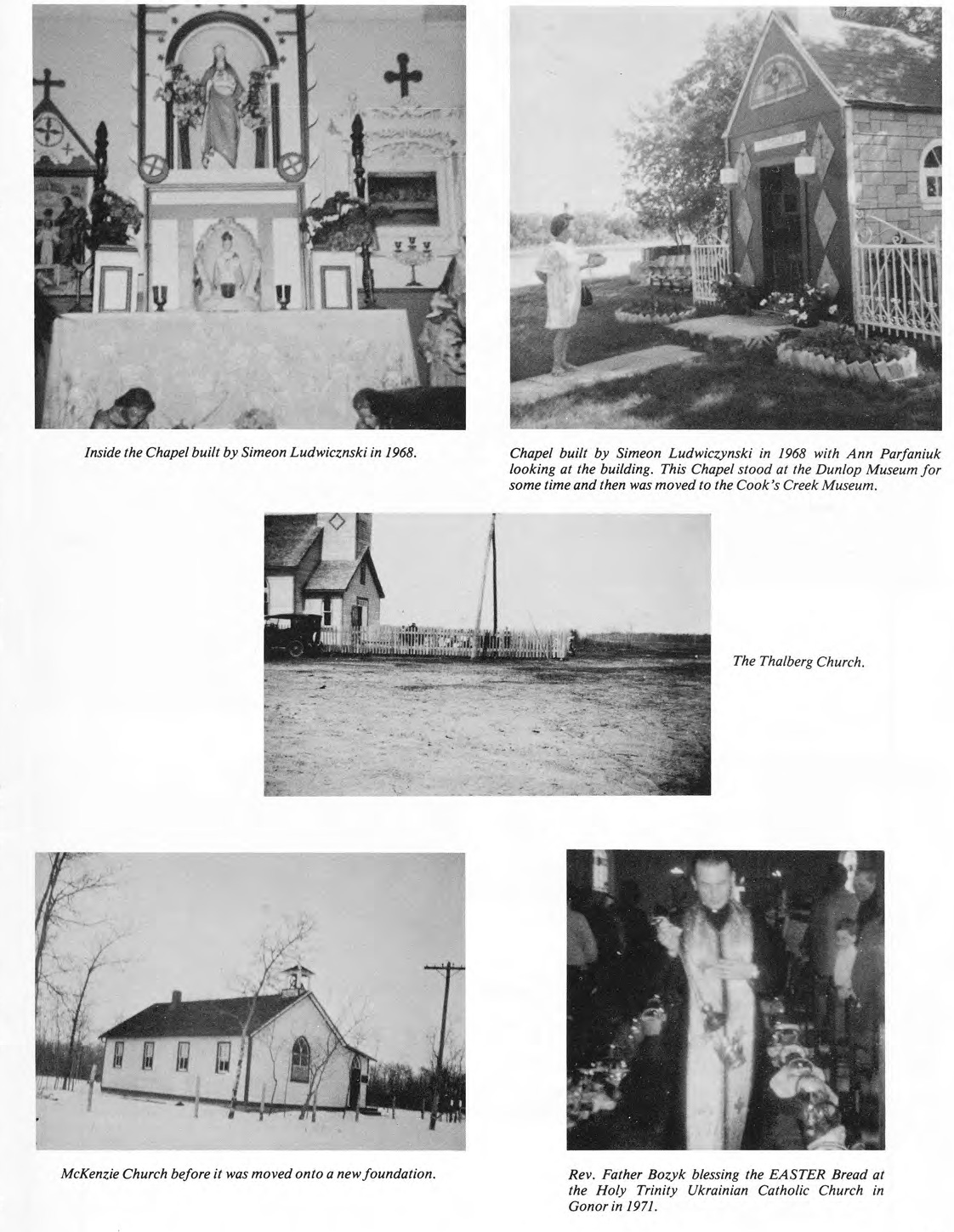 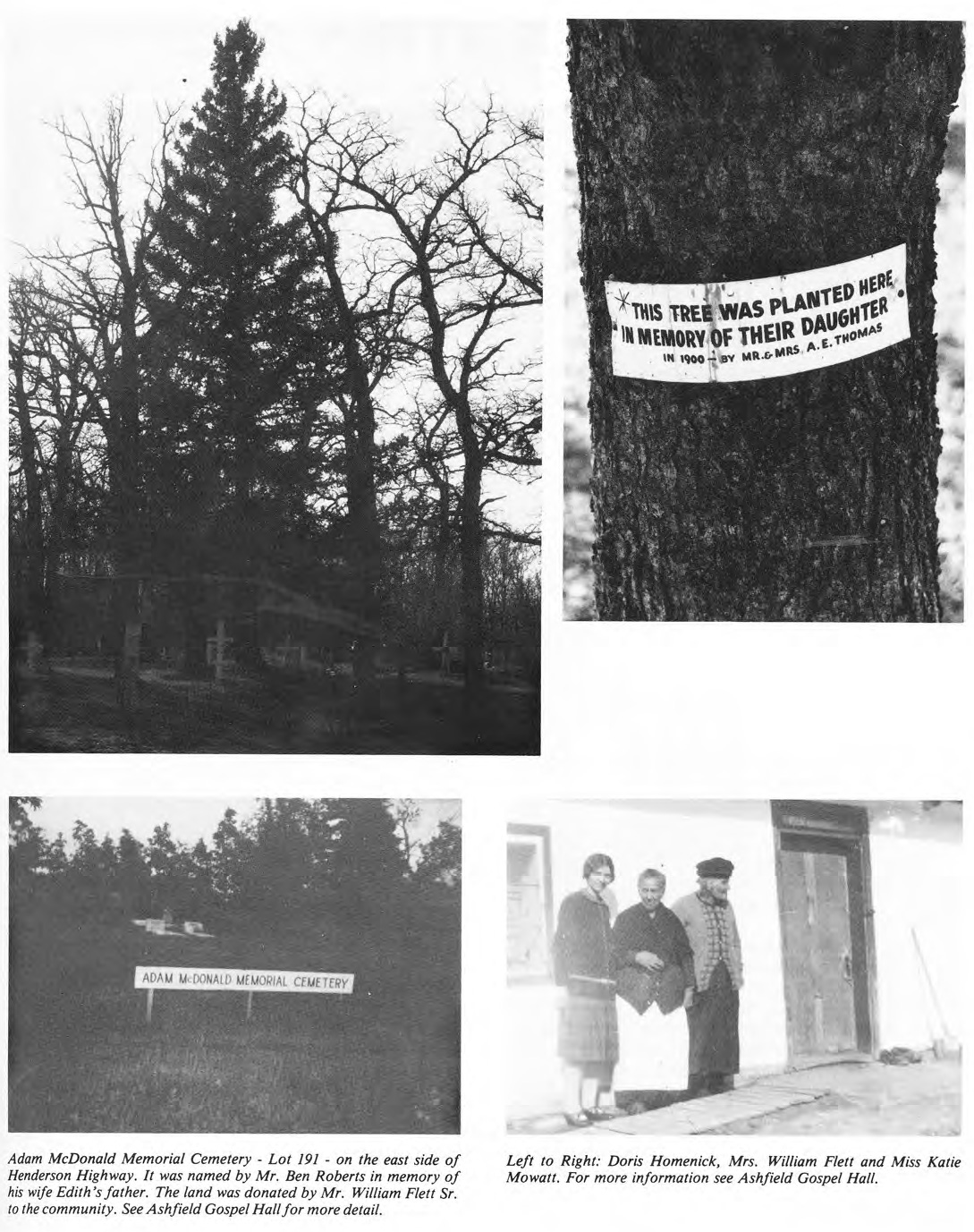