The origins of Ashfield Gospel Hall began long before it was built in the early 1940’s. Even prior to 1920, about a dozen families from around Gonor, Lockport, and St. Andrews first started worshipping together as “Christians gathered in the name of the Lord Jesus Christ”. They held services on Sundays and Wednesdays at Miss Mowatt’s house, which still stands in St. Andrews. In the 1920’s, a few of the Assembly members who lived in Gonor would walk across the frozen Red River in the winter, pulling the Sunday School youngsters on a sleigh. In the summer, before anyone owned a car or truck, they often took a shortcut by rowing across the river in a homemade flat-bottomed boat, or walked the three-mile distance around Lockport Bridge to attend services. 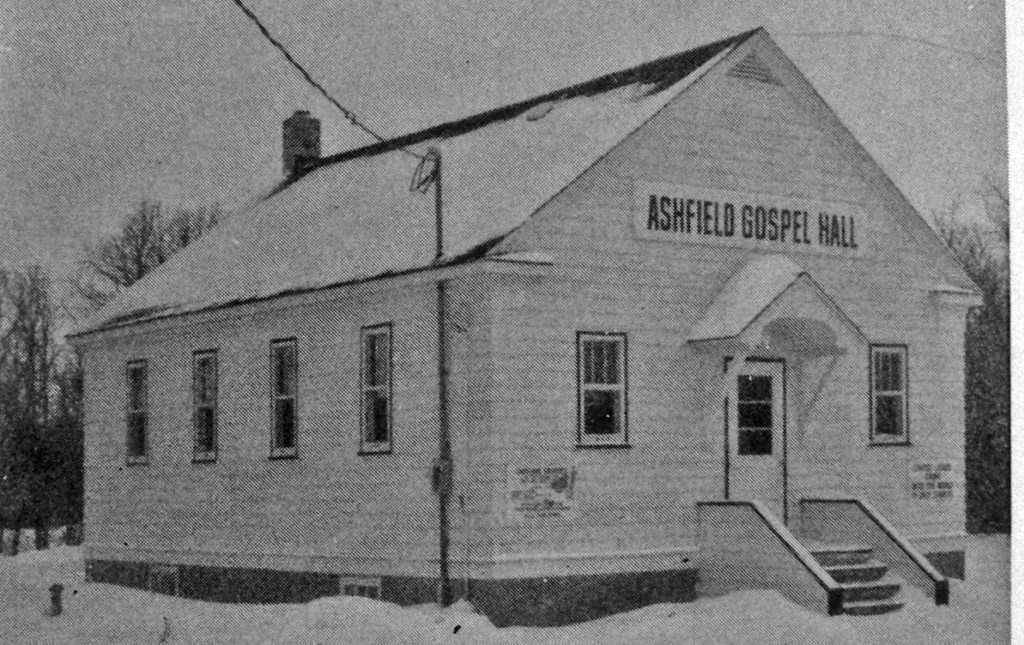 Later on, they met at Adam McDonald’s house at Donald Road and River Road until his death. The Adam McDonald Memorial Cemetery in Gonor is named after him although the land was donated for that purpose by William Felt. Special meetings were occasionally held at Mr. Flett’s house in Gonor. Among the original members were Ada Peebles, and the families of Ben Roberts, Adam McDonald, William Flett, George Harris, Steve Fegol and John Kreviaziuk and several of the Homesick children.

After a series of meeting places over the years, as the group expanded, they made plans to build a permanent home around 1940. George Harris’ house in Gonor and John Home nick’s home in Ash field served as the last meeting spots during the period of construction of the Ashfield Gospel Hall. All of the old timers have either passed away or moved from the area. A handful of Christians who joined the Assembly shortly after the Hall was built are still active, along with more recent members.

Posted in Other, Places of Worship.