In these changing times “Churches” are going by way of “The Little Red School”. St. Theresa Church is another one.

In the early 1900’s up to 1930’s, Walkeyburg had many families, the majority of them were Catholics. In the 1930’s, Father D’Eschambault from St. Stanislaus Parish in East Selkirk, came to serve the people, and held church services in the Bright Star school. 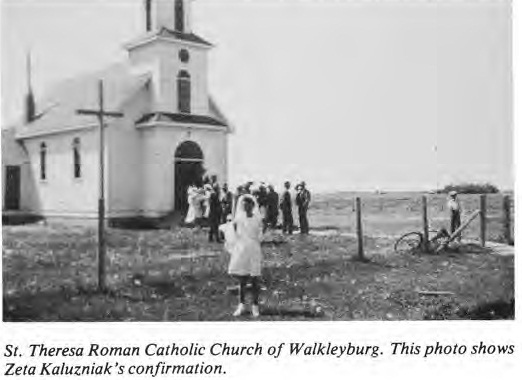 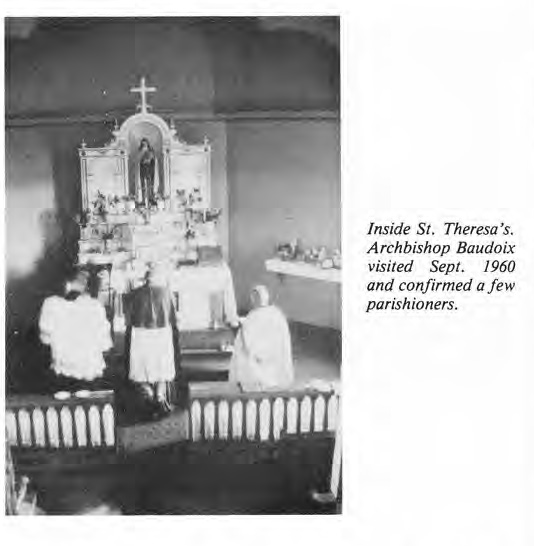 In the meantime “parents” through hard work and raising money by having picnics decided to build a Church. “Pascieka” donated an acre of land next to the Bright Star School, which is also on 14-14-6E’ Messrs. S’ Burkowski, J. Gloss, and B. Ogonoski were on the committee at that time. 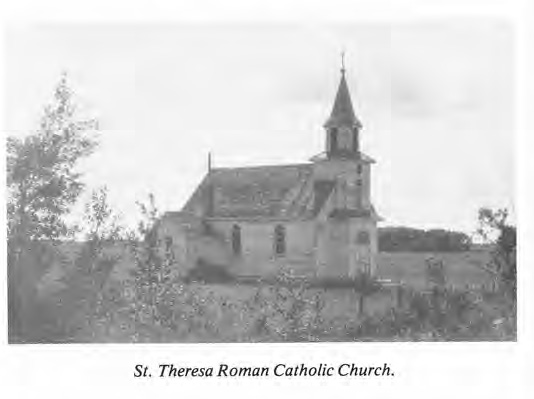 The building was started in 1940 and was blessed in 1942,Father S. Prokop OMI was the Parish Priest then. This Church served parishioners to the north, to the Utulak family, to the West, the Neckar family, to the South, the Chorney, Wilgosh and Mikolash families and to the East, the Stankewich’s family, and in between it served about 39 families.

We had priests’ that saw many changes. Throughout the war years, many young fellows took part and on return from the war made their homes in other areas. As the people grew older, many passed away and some moved to towns.

We had Father S. Prokop OMI with us until 1953, Father M. Wecki OMI to 1954, Father C. Holick OMI until 196l and then Father C. Buchwald OMI took over, and is still serving the parishes of Garson and Tyndall. By 1980, there were about 5 families left. They went to parishes in Garson, Tyndall, Selkirk and East Selkirk. This St. Theresa Church doesn’t have any services now and may be sold and renovated into a home.