The Church was built in the year 1911 on land that was donated by Roman and Anna Bilyk. In January of 1912 Church records of births, marriages and deaths began.

The first trustees of the parish, originally known as the Russian Greek Orthodox Church of St. Nicholas were His Eminence, Platon (Rozhdestvensky), Archbishop of the North American (Russian) Orthodox Mission, Andrew Nebozenko, Nicholas Pronishen, Wasyl Barchyn and John Rybarchuk, all of the Rural Municipality of St. Andrew’s in Manitoba.

The Church flourished due to its very dedicated parishioners who adorned the interiors with irreplaceable Church goods, icons and paintings, which were all destroyed by fire caused by a lightning bolt on July 1st, 1946. 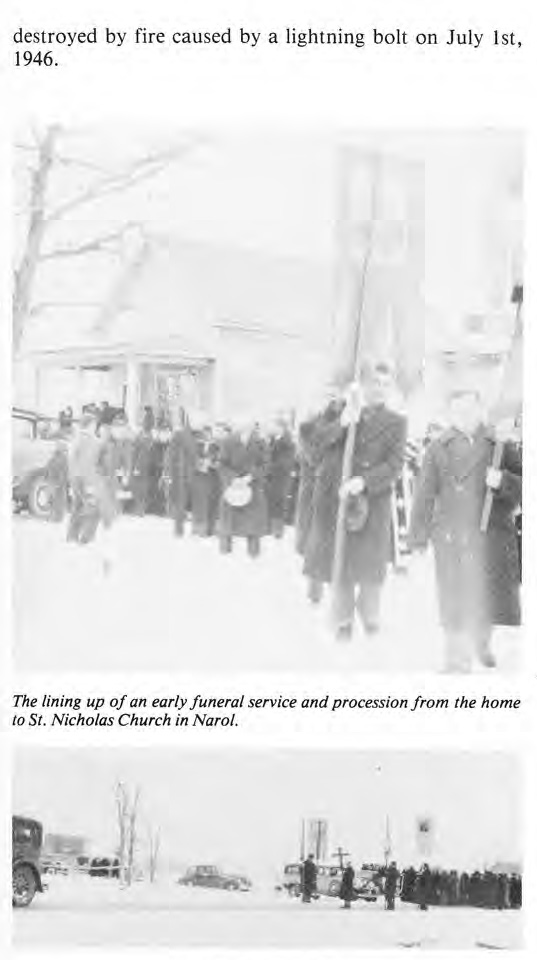 In 1948 the foundations for a new Church were laid and due to a handful of zealous and hard working parishioners the Church was completed and consecrated on the 10th day of August 1952 by the Rev. Father Efemy Moseychuk, who was the parish priest at the time and who gave much of his time to the building of the Church and helped in the raising of money.

While Father Efemy Moseychuk served as the Parish Priest Matins, the Divine Liturgy and Vespers (along with other services) were celebrated primarily in the Church Slavonic language. He retired in May of 1982 and was replaced by Father Evan Lowig who had been ordained on March 13th of that year. 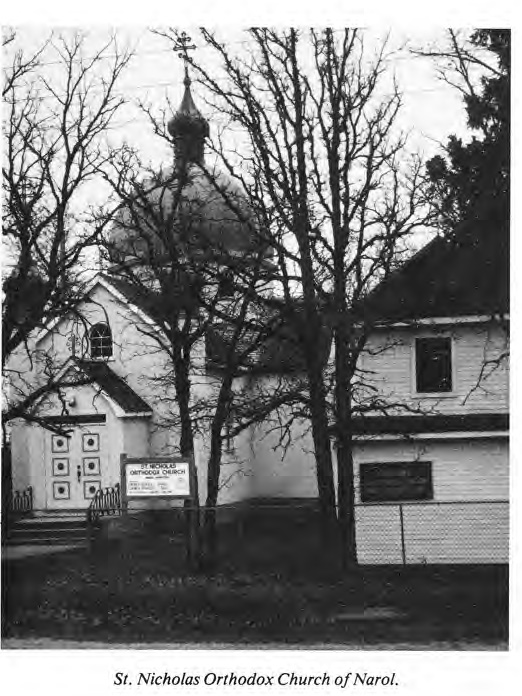 St. Nicholas Church belongs to the Diocese of Canada, which is part of the Orthodox Church in America. This Church body was known as the Russian Orthodox Greek Catholic Church of America until 1970 when it received “autocephaly” (full self-government) from the Patriarchate of Moscow, and adopted a new name to reflect this new status. As part of the North American Church the parish in Narol now simply calls itself St. Nicholas Orthodox Church. Its goals are to remain faithful to the Tradition of the Orthodox Church of Christ. To serve the needs of the younger generation and to widen mission possibilities. Worship is now held in English as well as Slavonic.