Some of the most intriguing/dangerous history of our municipality involves the old CIL plant known as Brainerd Works. Developed as one of the safest work plants of its time, it manufactured extreme explosives for mining operations in Western Canada.

Discussions for the Canadian Industries Limited (CIL) plant were initiated in early 1929. Mr. Loftus, from the firm Aikins, Loftus, and Aikins, approached council numerous times, the first concerning the purchasing of 1200 acres of land, south of the village of East Selkirk. In August 1929, Mr. Loftus announced that CIL “intended erecting buildings and a plant for the purpose of manufacturing explosives of all kinds” (CIL/Slh 325). It was not until January 1930 when “By-law No. 402 was read to authorize an agreement between CIL and the municipality of St. Clements with respect to a “certain industry” to be established in the municipality” (CIL/Slh 325).

The council of St. Clements was very eager for the project to begin, as unemployment was widespread in the municipality. Thomas Bunn, secretary treasurer of the municipality, contacted J. S. Morrey of CIL and informed him of the urgency to start the project. He also detailed the lodgings which could be found at the local star hotel, charging nine dollars per week, per man, for room and board. Even though plans were made as early as 1929, money was scarce in the depression, and the plant construction was delayed. CIL was charged an additional $2,500 for an extension of time on the agreement and starting date. 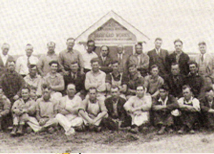 The official announcement of a new explosives plant in East Selkirk, Manitoba, came in April 1934, with news releases sent all across Canada. “The new plant was to be known as “Brainerd Works,” and used for the manufacture of commercial high explosives” (CIL/Slh 326). The name Brainerd was attributed to Dr. Thomas Brainerd, the pioneer of power manufacturers in the Dominion, and Winthrop Brainerd, son of Thomas Brainerd and Vice President of Canadian Industries Limited. In 1934 CIL’s president, Mr. Arthur Blaikie Purvis, publicized the expected costs for the plant would be $250,000 and 25 men would be employed. The plant was to operate under a yearly license.

At this time, very few citizens of Canada understood the reasons for construction of this plant near East Selkirk. With increased mining in the Mid-West, “it was hoped that [the] manufacture of explosives at this strategic point would reduce haulage from the distance of about 1800 miles to between 600 and 700 miles” (CIL/Slh 326). It was considered a risky investment, with the depression causing many setbacks, but it “represented a concrete faith in the immediate future of the west” (CIL/Slh 326).

The plant was designed by engineers of CIL, and E.E. Bard from the explosive division oversaw construction. The East Selkirk plant was considered unique, as it did not have an acid or nitroglycerine line. During construction of the plant, “extreme precautions [were] built-in against danger from friction or static, and against fire or electrical storms. All this called for the thorough grounding of the buildings, the use of brass and copper instead of iron and steel, even in such items as door hinges. 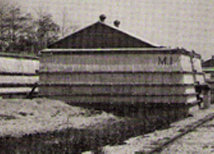 Other safety precautions included the use of sections of hardwood rails rather than steel on the narrow gauge track as well as safety windows, [and] sand filled barricades” (CIL/Slh 327). One of the most interesting safety precautions was the 75-80 ton sand filled barricades constructed around the buildings so that “if there was an explosion that it would blow straight up, rather than spread sideways” (Rowley 325). 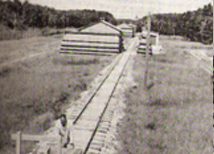 The first works Manager of the plant was Mr. C. S. Hannen, originally from Beloeil, Quebec. Hannen was a chemistry graduate of McGill University. Seventeen buildings were constructed by December 1934, including the office, storehouse, power house, shops, change house, shell house, mixing house, cartridge house, packing house, five magazines, and a dope house which was used when mixing non-explosive ingredients. The majority of the buildings were constructed from galvanized iron. There were safety windows in the shape of French double doors, which opened from the inside for quick exit.

The windows were also made from ground glass so that direct sunlight would not fall on the powder. The foundations were constructed seven feet deep and the timber came from British Columbia. All electric lighting in the buildings were enclosed in glass boxes and could only be accessed from the outside of the building, along with all the switches.

The distance between buildings, number of employees, quantities of ingredients, and methods of production were controlled by company regulations. The basic regulation for buildings with explosives measured 300 feet apart, and each was grounded with 12, eight foot, grounding rods, with a total of 147 rods in use. In the event of a thunderstorm, all operations on the plant ceased, and workers were relocated a safe distance away. There were also nine fire hydrants on site, located in metal boxes with 150-250 feet of hose. 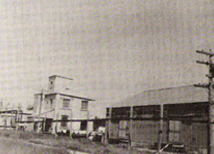 One of the most interesting buildings included the change house, where the employees changed and showered. It was mandatory for the workers to wear company clothing, specially made with no metal buckles or buttons, and no pant cuffs. It was paramount that nothing be able to create a spark, and that nothing would be able to catch or hold large amounts of the explosive materials. All workers, due to health and safety, were required to shower before redressing in their personal clothing.

Both men and women worked on the plant. Many restrictions were placed on the workers. Some of the policies included no smoking, lighters, or cameras on the property. “If you were caught ignoring the safety rules or regulations you could get fired right on the spot” (Rowley 325). Workers were also required to move slowly when working with the ready mixed explosives, an odd request, but any quick motions had the ability to ignite the explosive materials. There were four watchmen on the CIL site, alternating during the entire 24-hour day. 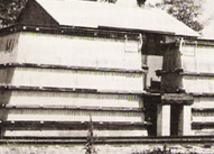 “The first high explosive manufactured at Brainerd was on Dec. 10, 1934 and consisted of 1000 lb. mixing of 40% Polar Forcite Gelatin” (CIL/SLH 329). By December 19th, a 60% mixture was produced. The first shipment left the plant occurred on December 26, 1934. It did not take long for the plant to produce mass quantities and, by January 1935, Brainerd Works was supplying explosives to extreme Western Ontario and Northern Manitoba Mines. At this time, employment of the plant included approximately “30 persons, practically all residents of the municipality of St. Clements, and their monthly payroll totaled about $2,000” (CIL/Slh 329).

After manufacture, explosives were temporarily stored before they were shipped in rubber or wooden crates by CN railway, which had rail tracks traveling directly into the compound. The trains traveling into the compound were of great concern, as the frequent sparks could cause an explosion. Originally the majority of materials produced at the East Selkirk plant were shipped by highway until CIL decided it would be more beneficial to transport by water. By the summer of 1935, CIL constructed a road from Henderson Highway to the Red River and constructed a dock with two barges. 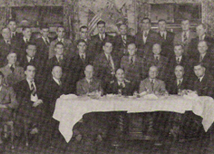 For 11 years the plant operated safely and securely, until disaster struck on August 29, 1945. At 2:30 pm, when all seemed well, the plant was rocked with an explosion from the gelatin cartridge house. Three of the workers were working on punching cartridges of 30% Forcite. They were killed instantly; their names were William Rokosh, Emil Malmstrom, and John Drobot. Pieces of the building and machinery were “scattered for hundred of yards by the blast” CIL/Slh 330). The explosion was described as a “mushroom in the air and that 2 x 4’s flew in the air and stuck like arrows upright in the ground” (CIL/Slh). Numerous fires spread from the explosion and it took the entire plant work force to regain control before the fires could catch additional explosive buildings. The financial loss included $50,000 to the plant, however, the shock that rippled through the community was unmatchable. Eventually an inquest was opened on Aug. 31, 1945; no cause was ever established for the explosion. 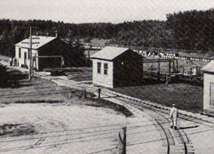 After the incident, the plant reopened and was very successful in the continuing years. By 1959, the 25th anniversary of operations, Brainerd Works had received 10 awards for their safety program. After more than 35 years of operations a new trend in manufacturing explosives developed; the materials were now being manufactured on the site of the mines. On June 4, 1970 a news release stated, “the Brainerd explosives plant of C-I-L in East Selkirk would cease high explosive manufacturing operations on Sept. 11, 1970” (CIL/Slh 330).

The stated reasons were that “current requirements of the market made the changes necessary [… however the plant] would continue to be utilized as a magazine for storage and warehouse of explosives and blasting accessories and for the limited manufacture of some blasting agents” (CIL/Slh). By the end of November 1940, all buildings except for the Magazines and one manufacturing building were closed. The majority of the supplies were then either destroyed or sold.

Eventually, to neutralize the grounds, explosives were set in strategic positions and set-off, to clear the land as best possible, guaranteeing relatively safe use in the future. And so ended the safe, yet explosive history of the CIL, Brainerd Works plant.