A second transcontinental. the Canadian Northern was built by 1896 and a third, the National Transcontinental took .shape in 1915. This. sudden erpan.ion was. More than the market could support and in 1923 the federal government was required to take them all over, all the lines, except those of the CPR, and place them under control of the Canadian National System. 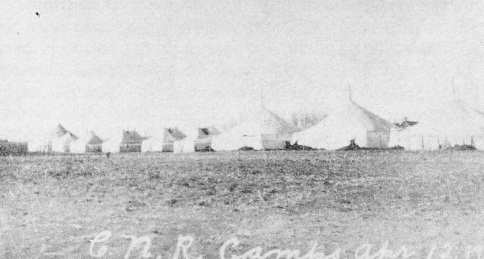 It is interesting to note that as the Canadian Northern started up operation in 1889 under the title of “Lake Manitoba Railway and Canal Company” that this was the beginning of the CNR. This railway has been described as being “a make shift, daring, ever economical pioneering line of the northern fringe of settlement.

Mackenzie and Mann started the CNR and carried out Sanford Fleming’s vision of the northern line to pass through Saskatchewan and pierce the Rockies by easy grades to the Yellow head Pass. 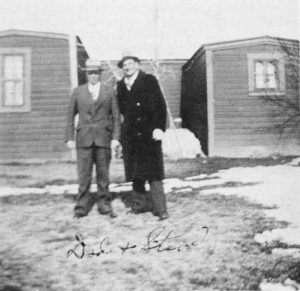 First CNR Section House where Section Foreman lived. Left to Right: L. Lysun and Steve Harasymer. Railway service was extended in St. Clements by the Canadian Northern when they opened their line from Park mount to Grand Beach on Dec. 10, 1914. On Sept. 19, 1916 the CNR was extended from Grand Marais to Victoria Beach.

The information service was first incorporated under the name of the Wpg. and Northern Railway. It formed, under agreement, part of the Canadian Northern on May 12, 1913. 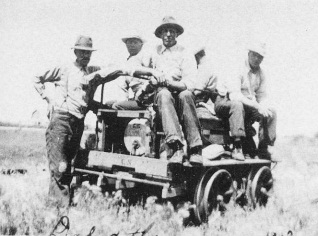 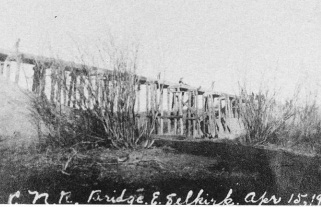 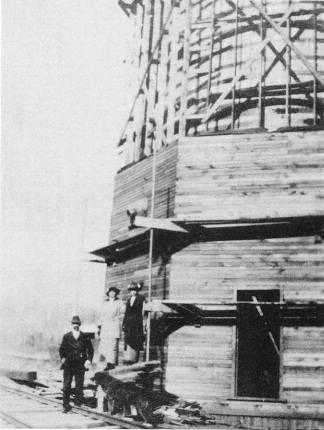 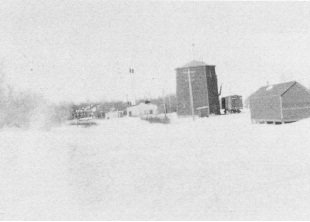 The “little station” in Grand Marais

The “little station” in Grand Marais, Tank and Power House in the  Background with Tessmer’s Store and Post Office in the early 1940’s.

The Canadian Northern formed part of the Canadian National in 1918. A sample reading of one timetable of the Wpg. to Grand Beach CNR train run, return (1955) 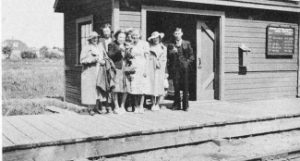 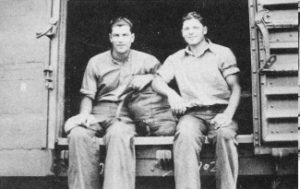 Riding the Rails with Andy, Bazan and George Mackelson. 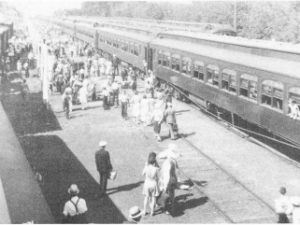 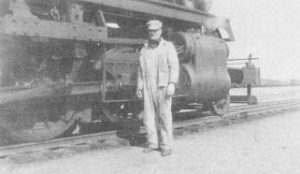 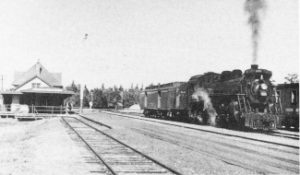 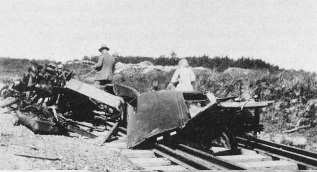 Train and Cars collision at Libau Station in 1927.

The CNR stopped on signal from the various stations’ None of  the station  on this line served meals except in Wpg.

In1916  the Canadian Northern built a train depot at Grand Beach and Victoria Beach that were identical. Both station buildings featured the roofline of the early Third Class depots,-shingled awnings’ and rectangular Bay windows we include a photo of both these stations For your viewing and interest.   ln 1916 the Grand Beach Service on the CNR left  Wpg on Monday,Wensday,  and Friday at l:15 am. returning same day at 7:40 pm Records indicate that passenger  train service on this line was terminated on April 29′ 1961′. 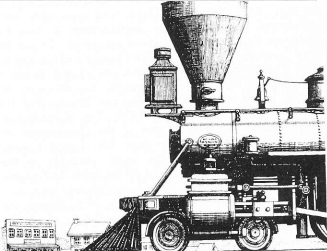 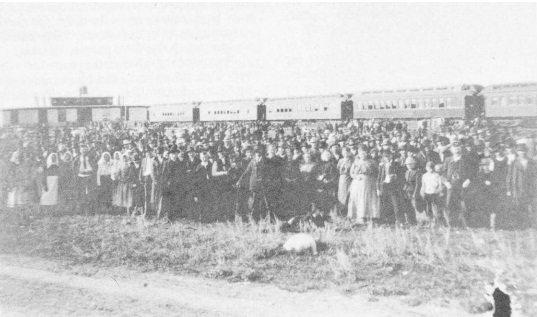 Immigrants coming to East Selkirk  in 1899′.