Gonor and Narol are communities on the east side of Red River, south of the city of Selkirk. The origins of both communities date back many years to a time when several Aboriginal and Métis families resided in the area. The name Gonor derives from Father Nicholas de Gonnor (or Gonor) 1691-1759 ~ a French missionary who visited the area during the mid eighteenth century with explorer, Pierre Gaultier de Varennes de la Vérendrye. The name Narol derives from a municipality in the county of Lubaczów, Poland. When Polish immigrants arrived in the late nineteenth century, they chose the same name for their new settlement.

The Hudson’s Bay Company obtained title to the region in 1670, when King Charles II of England signed a Royal Charter claiming all lands with waterways draining into Hudson Bay. During the nineteenth century the Hudson’s Bay Company divided the Gonor and Narol region into river lots, measuring two miles deep. All lots had river access with the width of a lot being measured in chains ~ one chain equaled sixty-six feet. Retired HBC servants and their families resided on these river lots in both log and stone houses throughout the nineteenth century. 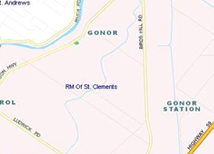 The first recorded reference to the name Gonor dates back to 1877 on a Department of Interior map. There appears to have been some kind of station in the area at that time. Eight years later the community of Gonor opened its first post office on 1 June 1885 at a spot between the Red River and the CNR line. Early records suggest the post office and railway station shared the same building. The communities of Gonor and Narol grew after 1890 when immigrants from Ukraine, Poland, and Russia arrived in Manitoba from their arrival ports of Halifax, St. John, and Montreal.

Hundreds of immigrants arrived and temporarily stayed at the newly restored CPR Round House in East Selkirk ~ a facility built in the mid 1870s for the Canadian Pacific Railway. When the CPR rail line diverted to Winnipeg, the building went unused. Several years’ later immigration officials transformed the building into an immigration shed, temporarily housing thousands of refugees before they began new roles in North America. 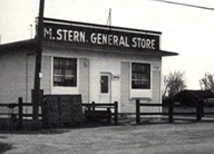 Many families settled along the east side of Red River in the settlements of Gonor and Narol. They purchased river lots and built homes similar in style to those of their homeland using local materials of log, stone, clay and grass. They normally built one of two styles. The first style, called Galician, had northwestern Europe influence with generally two large rooms and a gable or hipped gable roof. Bukovina, the second style, was larger and more elaborate, normally having at least three rooms. Both types of houses had thatched roofs.

The early European residents of Gonor and Narol were very spiritual people, building several traditional churches shortly after they arrived to the region. The original Holy Trinity Ukrainian Catholic Church in Gonor emerged in 1899 ~ built in the traditional Byzantine style. The wood structure was replaced in 1911 and again in 1952. In 1904 a second church took shape in Gonor ~ St Nicholas Ukrainian Greek Orthodox Church. The Church bell came from Bukovina, Southern Ukraine. In 1944 the church burned but not the bell. The following year, the congregation started construction on a new church.

Residents of Narol built their first church, Corpus Christi Church (Body of Christ) in 1907 at 5819 Henderson Hwy. By 1940 the structure had deteriorated, and construction on a new building began that year. A second church, St Nicholas Orthodox Church of Narol, was established in 1911.

The Gonor School District (No. 1070) formed in May 1900 with a one-room schoolhouse built in the fall. The first year of operation lists 55 girls and 75 boys in attendance. The building underwent several additions and changes until it burnt in 1932. A second building took its place with classes held until 1965 when the Gonor school district dissolved. The building sat empty for several years and was later dismantled. The school grounds were transformed into a baseball park.

Narol post office opened 1 May 1912 and Donald School District (No. 1094) formed on 6 November 1900. The first schoolhouse, built the following year in 1901, stood on Lot 255 River Road. It was named in honor of Donald McDonald, Trustee and Secretary Treasurer. Fire destroyed the building in 1946, but soon after the school district erected a second schoolhouse at the same location.

When those early immigrants arrived to the Gonor and Narol region, they quickly gathered materials to build homes, barns and wood fences. They purchased oxen and horses, and broke and cultivated the land in preparation to plant vegetables, potatoes, and grains. Many of the men had to work elsewhere to earn enough money to support their families. Many found work at the Garson Quarry, on the construction site of the Lockport Dam, on the Railway, and in Timbering camps on Lake Winnipeg. The women stayed at home raising the children, tending the gardens, and caring for the livestock. 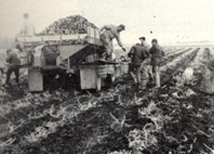 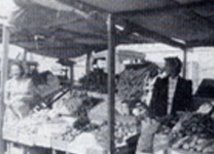 During the early decades of the twentieth century, many families in the Gonor and Narol regions planted large vegetable gardens on their river lots. In the fall they harvested their crops, loaded the produce onto wagons (often pulled by oxen), and hauled their wares to the north end of Winnipeg where they set up booths to sell their vegetables. Before the construction of the Lockport Bridge, the path to Winnipeg followed the east side of Red River to the Redwood Bridge, Winnipeg. Many second and third generation descendants continued the tradition started by their ancestors. The people of Gonor and Narol became known as Market Gardeners.