The East Selkirk and District Seniors Club was organized on March 15, 1982 and was sponsored by the East Selkirk Recreation Association as part of their Community Centre Program. 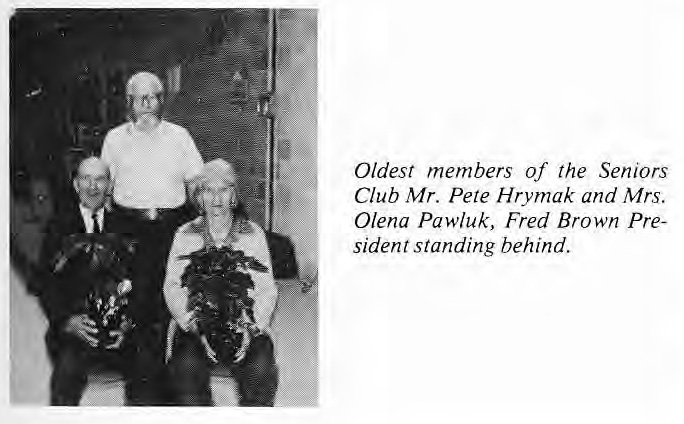 The first meeting in the East Selkirk Recreation Centre was held on Sept. 2, 1982, when the club reorganized for the Winter Program and made plans to apply for a “New Horizons Grant” made possible by the Federal Dept of National Health and Welfare and in Feb.. 1983 funds were received for a Seniors Activities Program. With this program now in operation, and our membership at the present time being I 14, we look forward to a bright and interesting future for our Senior Citizen’.

The Club hosted a Christmas dinner on Dec. 1. 1982 attended by about 100 Seniors. Flowers donated by Searles Greenhouse were presented to the “youngest” lady and gent.