At one time five brickyards operated in the East Selkirk area. They were west of Cooks Creek and run down as far as the Red River. The brick from these plants were used in the Towns of East and West Selkirk and also for the Roundhouse on the east side of the Red River. The Roundhouse at East Selkirk was built by the Government of Canada as a part of their Public Works project in the years 1871-1879.It was completed during the winter of 1879 and handed over to the Government of Canada in Jan. 1880. Stone from the East Selkirk Quarry was also used in the construction of the Roundhouse. By June 1880, the contractors for the Winnipeg Bridge had obtained permission from the government to quarry stone on the eastern town plot and very quickly had about 25 men at work in the quarry. Large quantities of time was also being shipped from there to Winnipeg for the mason work on the bridge. By early July, 1880 the Manitoba Free Press was reporting that stone was being rushed out of the East Selkirk Quarry for the Bridge (Louise) at the rate of 30 yards per day. According to A. McCharles (the Foot-steps of Time 1886-87) (Transaction No.2? – Historic and Scientific Society of Manitoba) at East Selkirk there were two quarries in particular that had been worked extensively for a number of years, one at each end of a large mound about half a mile in length and most of the ornamental stone used in the City of Winnipeg for building had been taken from there, for a number of years.

Another report by J. Hoyes Panton (referring to the summer of 1883) states he visited the East Selkirk Quarries in 1883. He mentions it was but a short distance from the CPR Selkirk Station, on the east side of the Red River, about 1/2 mile from the river. He also said the rock from this quarry was largely used in Winnipeg for ornamental stone. Being comparatively soft it ,,dressed,’ readily and “finished” well and when burnt, produced a
very white lime. 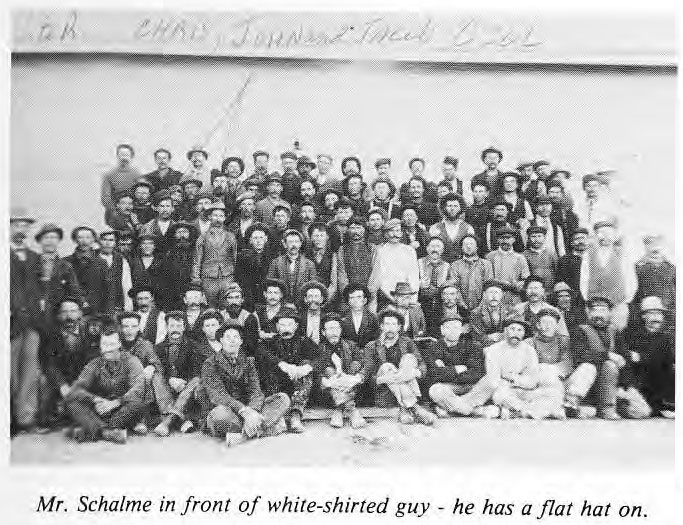 According to J.H. Panton, the second quarry at East Selkirk was about 1/2 mile northwest of the quarry just mentioned and situated nearer to the Town on the West side of the track.

A. McCharles made mention that he had been collecting fossils from the East Selkirk Quarries since 1882 and that he had found many coral specimens as well as Trilobiles and the snails were common and he found one over 9″ in diameter and exceptionally well preserved, Another snail that was found by Mccharles was 7″ long with 10 rings. As for Cuttlefish, he located many of enormous size, In 1884 the Manitoba Free Press reported a Cuttle-Fish 107″ long was obtained from one of the quarries in the area. 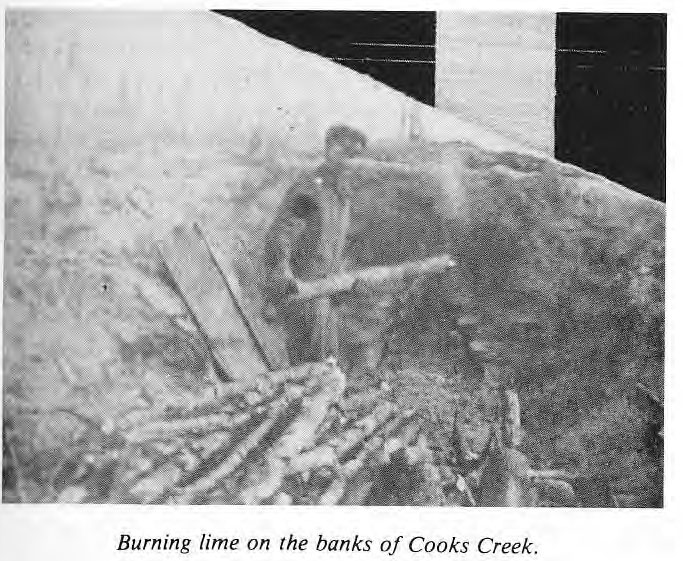 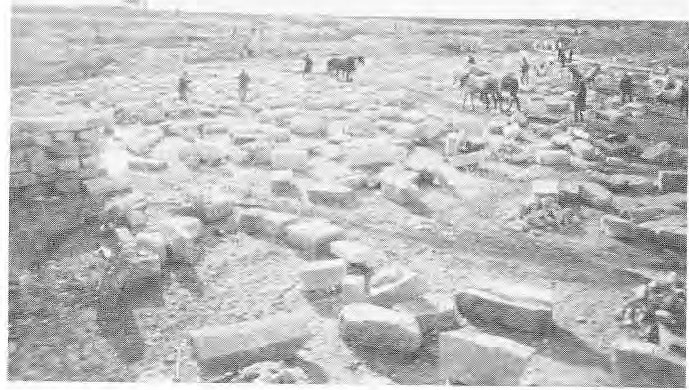 The quarries were still in operation when visited by these two gentlemen in 1882 and 1886, because they make mention of having talked to the men working there. Some reference has been made to a quarry in East Selkirk called the Galena Limestone Quarry which was in operation in 1884. However. the exact location of this quarry is unknown.

According to Parks (1916) another quarry, owned by Mrs. H. Nelson, operated in East Selkirk and was located on Lot 70 (1.4 hectares of adjoining Mrs. Nelson’s quarry to the northwest was another quarry at one time operated by the Notre Dame Investment Co. also located on part of Lot 70.

On the Sir Wlm. Van Horne farm were more quarries, comprising large acreage both to the east and the south of the preceding quarries.

According to J.W. Wells, there was a quarry located in the Village of East Selkirk about .4 km. from the CPR spur line which was worked to produce lime and rubble, and was locally known as the Hicks Quarry. McCharles described the location of the quarry he visited as being “then on 5/6-13-6E about 8.0 km. to the SE of the CPR station, there is a natural exposure of similar strata, in two small hopper-shaped holes close to each other at the junction of a low marsh with one of the gravel ridges that are so common in that locality.” “The stone is thinner bedded and therefore is broken into smaller blocks. 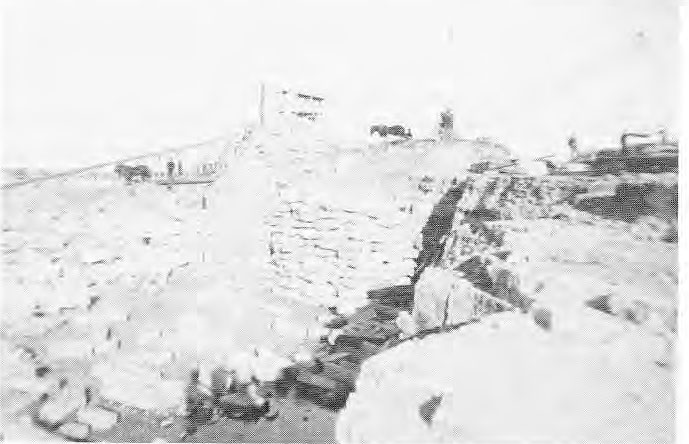 This outcrop is seldom worked as it is usually under water in ordinary seasons.” (The Dept. of Mines and Natural Resources refer to it as Lots 75176 and 13-5E in NTS Area 621l 2 NW- STN 7). The Van Horne Farm quarry is described as being south of the farm and 0.8 km. east of the other two quarries.

The final quarry we could locate any information on was on the Emmert Farm about 6.4 km. east of East Selkirk, but of less importance than the others.

It would appear then that stone was being worked in the East Selkirk Quarries from 1878/79 with a peak in 1884 to 1887 but that no quarrying of any large scale was attempted much after 1900. One of the newspapers (Selkirk Weekly Record) reported in May 1909: “that R.S. Hourston of Winnipeg stated that the stone quarries of East Selkirk are to be opened up again.”

Time and space does not allow us to elaborate any further on these industries. We share with you a few photographs and a small diagram showing at least four of  the quarries in the Village.

In conclusion. it would appear that most all of the building stone being processed came from East Selkirk up until the time it became fashionable to use the tyndall stone being quarried at Garson in 1895, and the John Gunn Quarry in 1898. The Malmstron Quarry was operating from 1889 but on a small scale, as was the Cutter, Little, Felt and Hazel Quarries prior to 1895. The Sinclair Quarry (1905) was adjacent to the Mangar’s and Gerard Quarry.

When the Broken head Munc. formed in Nov. of 1900, many of the preceding fell within their incorporated boundary.

For an up to date record of the mineral resources of the Rural Municipality of St. Clements, please refer to the development plan of the Selkirk and District Planning Area Board. There you will find data of present day as well as some historical, covering our area. The preceding brief history outlines data not contained therein.