It has always been a profound belief of mine that the things which people regard as next to impossible are the easiest things to do.  Consequently I have always set myself out to perform the next-to-impossible, wherever I have run against it – Sir William Van Horne. 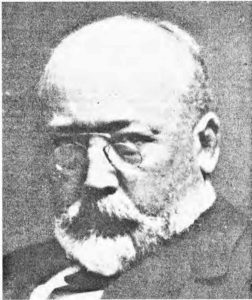 To understand the true magnificence of the famed Van Horne farm, one must first understand the man behind the name.  William Cornelius Van Horne was born on February 3, 1843 to Cornelius and Mary Van Horne.  His ancestry was Dutch, French, and German.  William spent the first eight years of his life living in Illinois, and his mother provided his only early education.  When his family moved to Joliet, Illinois, he “made the most of his opportunity to attend public school” (slh 292).  Then, drastically, his father died in 1854 and his mother was left penniless.  At 14 years of age William became the main support to his mother, taking his first full time job as a telegraph operator for the Illinois Central Railroad.  In 1862, he became a dispatcher for the Chicago and Alton Railroad.

He then worked as a dispatcher in Bloomington and in four years was appointed Superintendent of Transportation.  In March 1867, in Bloomington, he married Lucy Adaline Hurd, with whom he had three children.  His advancement in the railway industry continued.  In 1872 he became General Superintendent of the St. Louis, Kansas City and Northern Railway, and in 1874 he became General Manager, and later President of the Southern Minnesota Railway.

It was at this time that a most intriguing contact was made between William Van Horne and a Mr. James J. Hill, general manager of the St. Paul, Minneapolis, and Manitoba Railway Company.  In 1880, James Hill was so impressed by the talented Van Horne that he recommended him to the Canadian Pacific Railway.  “If anybody could carry out the tremendous task of building the proposed Canadian transcontinental railroad, this man could” (slh 292).  On December 31, 1881, Van Horne was given the task of completing the western portion of the railway, starting in Winnipeg.  The project was completed in 1886, with Van Horne acting as General Manager of the CPR from 1881-1884 and Vice President from 1884-1888.  However, his health was failing him and he resigned on June 12, 1899, and was elected as Chairman of the Board of directors.

Throughout his career Sir William was “a man who needed little sleep.  In fact, so little that he maintained that sleeping was only a habit, and one in which he only indulged for an hour or two” (slh 293).

Van Horne also was a very humble man, declining an honorary degree from the McGill University; he even refused to allow his railroad colleagues to pay tribute to himself.  In 1894, he was awarded, by royal appointment, the Honorary Knight Commander of the Order of St. Michael and St. George. 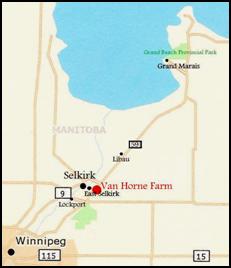 In spring 1899, William Van Horne made multiple trips to the province of Manitoba.  The population in the province took great interest in his activities and noted his frequent visits to land north of the city of Winnipeg and east of the Red River.  On Friday May 19, 1899, he visited the East Selkirk and Tyndall areas, and “took an extended drive into the country lying east of the Red River” (slh 293).  His visits caused much speculation and excitement.  It was rumoured that a large colony was possibly moving from Montreal, or an experimental farm might be established.  The most popular theory in June 1899, when 2000 acres of land was purchased between East Selkirk and Tyndall, was that the buyers wanted control of the limestone beds, which at the time were considered unequalled from Port Arthur in the east, to Calgary in the west.  By the middle of June, the information leaked out that a large experimental farm was to be established by Sir William Van Horne, Chairman of the CPR board.  On Tuesday June 20, 1899, the Winnipeg Free Press stated,

“The farm that Sir William has decided to establish is at East Selkirk and will stretch for many miles along the railway and Sir William says that it will be in the highest state of cultivation and an elaborate system of drainage will be carried out.  It will serve as an object lesson to people coming into the country from the east [as well as immigrating families]… It is to be noted that the work involved will be of great expenditure.  He is doing it for no personal gain – but solely in the interests of the country – whose welfare he has deeply at heart” (slh 193/294).

Mr. Fred Barber of Georgetown, Ontario was the first manager of the farm.  He was in charge of the project’s creation, acting from the plans laid out by Van Horne on one of his previous visits.  At this time “the Van Horne farm seems to have awakened people about the advantages of land around Selkirk” (slh 294).

The main task in the first few weeks involved clearing the land.  Fencing was constructed almost immediately, and some of the first buildings were started.  “Thomas Thomkin (CPR) was in charge of the construction work while Adam Miller (Stonemason) did the masonry.  The Foreman was William Farr and the first cook was Mrs. Isaac Ovens (Katherine)” (slh 294).
The manager’s residence was one of the first buildings constructed and the Barber family moved in.  The farm also included a spacious family home, horse and cattle barns, chicken coops, sheep pens, and a piggery.  The main livestock raised on the farm included Clydesdale horses, Shorthorn and Dutch Belted cattle, and pedigree hogs. 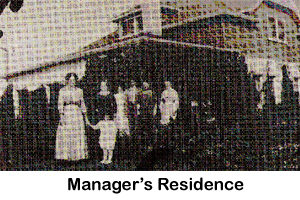 In 1902, Mr. James Yule became the second manager of the Van Horne farm.  The farm began to increase the stock of horses and cattle.  By 1903, “the cattle were being exhibited and capturing large numbers of prizes as were his [Clydesdale] horses” (slh 295).  According to the foreman of the Van Horne Farm, with Cooks Creek running through the farm and 22 springs, they never had to pump water.  In summer 1903, the farm included 450 acres of wheat and the yield consisted of 50 bushels to the acre.  In October 1903, a 160 foot long building was erected to house thoroughbred pigs.  In 1903, several car loads of Dutch Belted cattle arrived from New Brunswick along with some Standard-bred mares.  Before his retirement in 1911, James Yule brought the Van Horne farm a great deal of publicity through exhibits of purebred cattle at various agricultural shows.

James Roger Oastler was the third manager of the farm.  With more scientific experience, he brought new methods of soil management and weed eradication.

“The farm played a major role in demonstrating and promoting agricultural practices throughout Western Canada.  It taught new and innovative agricultural techniques to settlers by offering educational training seminars on site.  Farmers could attend ploughing matches performed by the latest modern machinery in addition to handling and examining livestock within the comforts of the Van Horne stables.  The farm provided agrarian education to students from the Agricultural College in Winnipeg as well as being a source of excellent breeding stock for local farms” (St. Clements Heritage Advisory Committee). 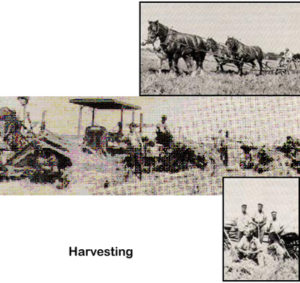 Cups, trophies, and hundreds of ribbons were awarded to this East Selkirk Farm.  The awards that Van Horne did not keep in East Selkirk were sent to be on display in his Montreal home.  Some of the prized winning animals included Spicy Marquis, a short

horned bull, Lord Ardwell, a stallion who won almost every prize in his class, and the shorthorn herd, which won best breed of any breed for many repeating years.

The Van Horne farm was also at the centre of sports and recreation in the community.  One trophy they provided was made of solid sterling silver and was engraved The Van Horne Trophy – 1900 and was awarded to the curling champions.
The local press always recorded the actions of the farm, covering purchases from out of province and country.  As far away as Britain, people new about the legendary East Selkirk farm.  Van Horne made frequent visits to the farm but would rarely warn his managers when he would attend; this kept the farm in a constant state of readiness.

Then the First World War broke out.  By spring 1918, car loads of the prized animals were sold to aid war relief and to help with food shortages.  The Benson Bros. meat market in the town of Selkirk often advertised prime and choice beef, which were bought by the car load from the Van Horne farm.  The farm still maintained its grandeur and acted as a major attraction to the community.  Returned soldiers even spent outings viewing the massive threshing operations at the farm.

The Van Horne Farm name came to an end, when the farm was sold to the Searle family in 1935.